This year my painting plan has fallen into roughly 6 projects.  Ancient Greeks, Late Roman/Age of Arthur, Vikings and Saxons, War of the Roses and Republican Romans…… Yeah that’s allot but I’m a wargamer , any less and I’m not being a real gamer 🙂

About three years back my amazing wife bought me two Foundry Collections, Vikings and Saxons. It was a period I had often talked about doing and I love reading the Saga’s and generally will default to reading about generally two periods of History and the Dark Ages is one of them.

Over the last two years I have chipped away at the Project, adding a unit here and there slowly adding to the collections and giving me time to think about what the next item will be. 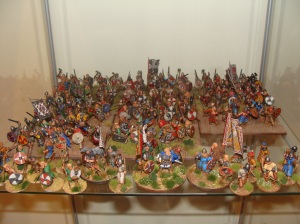 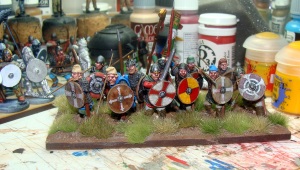 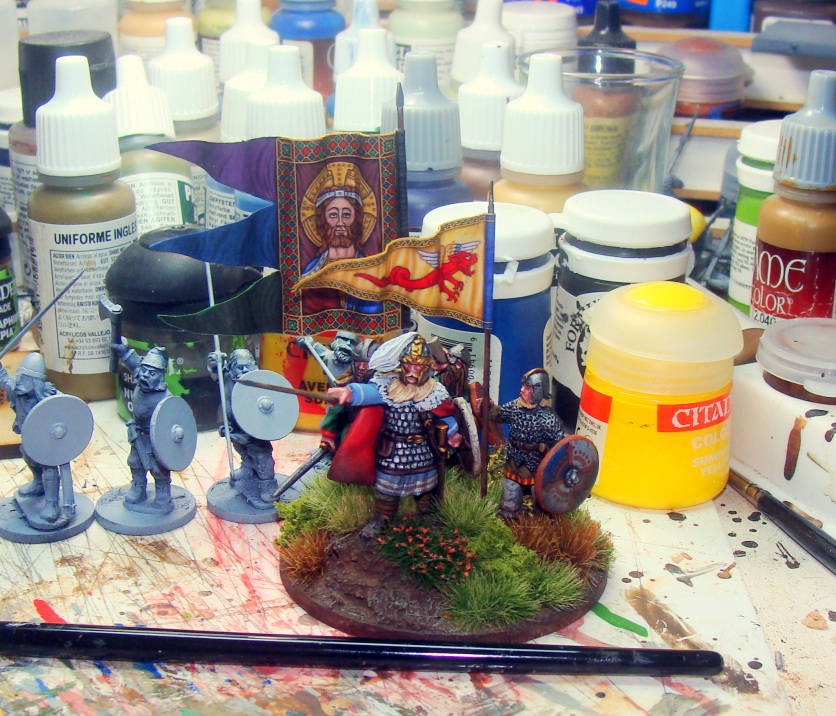 It’s  a long Haul project that benefits from the great work that keeps being done by sculptors from companies like Shieldwall, and Footsore miniatures.  This year I hope to be able to add a few more units and continue to grow the collection. This though I also begin work on a late roman army that will also cover the Arthurian Period.  I have a soft spot for the Later Roman Empire as it didn’t have the advantages of its earlier versions and fought some very hard battles to hold onto its empire.

For Inspiration as a Gamer there is always allot of books and research that you can do, Ospreys are a good start as well as just about any Historical Non-Fiction book on the period will offer you insights into the period. However if you can source them (usually via Ebay)  the War-hammer Ancient Battles Source-books are still a good synthesis of history, gaming and great collections of miniatures to inspire imagination. I have to say they are some of the best war-gaming supplements out there. Well researched, brilliantly presented with great figure collections, illustrations and scenario’s. It is a shame that Games Workshop killed the franchise, however if can get a hold of the books they are worth the money spent and are a valuable addition to any wargamers library, I would say they will end up there with Featherson books eventually. 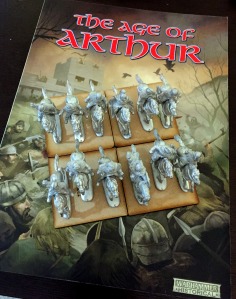 This year as mentioned I am starting a Late roman Army and the first place I went was the Age of Arthur Source book as it was a great primer for diving into the period and gave me an idea of what to think about and consider when building a late roman army of the mid 5th century that can also play the part of a Romano-British Force as well.

So this Year I hope to have a small contingent painted up of Late Romans/ Romano Brits.

On the Greek Army front – Progress is slow but steady on the Spartan Unit- I Have about 4 more models to paint and thanks to a a good Friend my Officers also have cloaks !  I hope to have the 1st Unit finished by the close of the month and then I need to think about what I want to paint next. 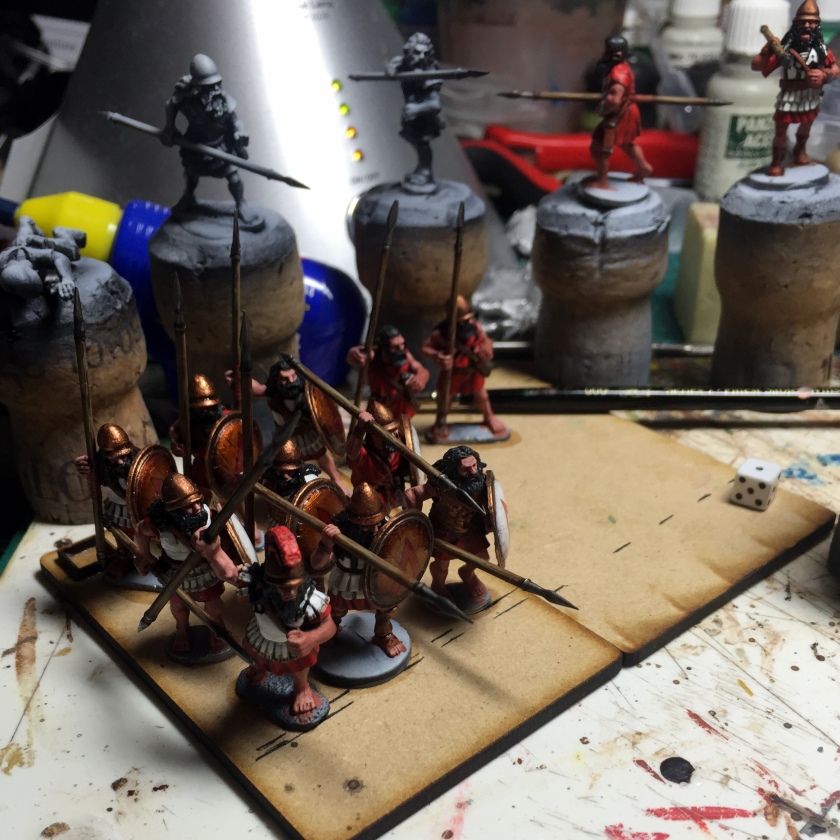